How to Be the Michael Jordan of Dating

So what do Michael Jordan and online dating have in common? Not much on the surface. He didn’t meet his current wife Yvette online.

Not even the greatest of all time could do it alone. 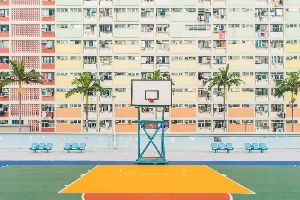 So what do Michael Jordan and online dating have in common? Not much on the surface. He didn’t meet his current wife Yvette online. He met her in a Miami nightclub, where she reportedly caught his attention while “freak dancing” with him.

Everyone knows Jordan as the GOAT (greatest of all time). The guy who went 6 for 6 in NBA Finals appearances, changed the game as we know it and became the most recognized athlete on the planet — all while looking suave as hell.

However, Jordan didn’t always garner that same level of respect. He was indeed recognized as one of the best players in the league from the get-go, but he was also seen as a guy who couldn’t win it all despite his scoring prowess.

As a player in his early-to-mid 20s, Jordan plowed through opponents and racked up stats like a college student racking up phone numbers. But he didn’t find true greatness until he was older and more mature and he started racking up championship rings.

Are you getting the correlation to dating yet? If you’re in your 30s, despite your past conquests, it might be time to start chasing that ring. 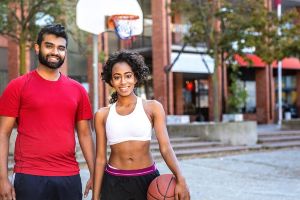 So, How Did Jordan Do It, and How Can You Do It?

Jordan didn’t win a single championship until he linked up with legendary coach Phil Jackson, the Zen Master. Jackson made MJ realize that, no matter how good he was individually, he couldn’t win a championship without making his teammates better. Jackson knew how to put all of his players, including Jordan, in the best position to succeed.

And this is where the lesson to be learned about dating comes in. It doesn’t matter how much game you have, you can’t do it alone. Like Jordan, you need your Zen Master to put you in the best situation to get that ring.

You can go up to a girl at a bar or a party and get her digits, but what are the chances that you’re actually compatible? This is where you put aside your ego, and start letting the wisdom of being a bit older work for you. 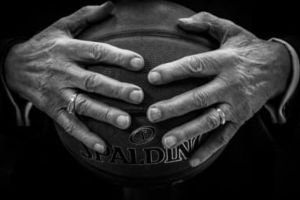 Use the Matchmaking Tools at Your Disposal

An online dating site like Zoosk​ can help you find the right woman, based on what you want and who you are - not just who happened to be there on a particular night at closing time. Like Jordan having a gameplan before getting down, you can know who you’re going to date, learn about them ahead of time and know if they’ve got what you’re looking for.

If you’re looking for an educated woman, might I suggest Elite Singles? This site boasts a more particular clientele (80% of their users have university degrees) and they use an algorithm to find you a match. Take that for advanced stats.

And even if you prefer to go the Wilt Chamberlain route, focusing on raw numbers, you can find what you're looking for on an online dating site as well.

The point is, even the best need help. A service like Zoosk​​ or Elite Singles can be the right coach to take you over the top. In any event, there’s no risk and nothing to lose. Ask Jordan, putting up empty statistics all by your lonesome is not going to get you anywhere.

This site is a free online resource that strives to offer helpful content and comparison features to its visitors. Please be advised that the operator of this site accepts advertising compensation from companies that appear on the site, and such compensation impacts the location and order in which the companies (and/or their products) are presented, and in some cases may also impact the rating that is assigned to them. To the extent that ratings appear on this site, such rating is determined by our subjective opinion and based on a methodology that aggregates our analysis of brand market share and reputation, each brand's conversion rates, compensation paid to us and general consumer interest. Company listings on this page DO NOT imply endorsement. Except as expressly set forth in our Terms of Use, all representations and warranties regarding the information presented on this page are disclaimed. The information, including pricing, which appears on this site is subject to change at any time.